Voi is one of the stops on the standard-gauge railway (SGR) that runs from the Kenyan capital Nairobi in the interior to the port city Mombasa on the Indian Ocean. The railway station is located in Voi’s Kasarani area.

The border towns Taveta (on the Kenyan side) and Arusha (on the Tanzanian side) are connected to Voi through a meter-gauge railway. This makes Voi an important junction, since it is possible to change from the Tanzania line to the SGR here, and vice versa. 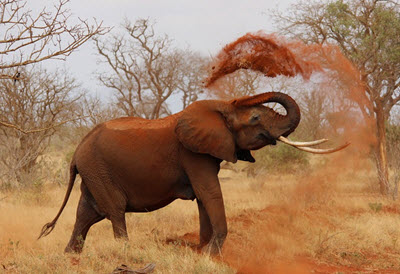 Due to its strategical location, Voi has become a trading spot for agricultural produce and meat produced in the surrounding region, including a lot of products from the fertile Taita Hills.

Traveling to Voi on the SGR

IMPORTANT: If you want to get off at Voi when travelling on the SGR, you must choose the Intercounty train. If you get on the Express train instead, you will not be able to get off in Voi because the Express runs directly from Mombasa to Nairobi or vice versa without stopping at any of the railway stations along the way. On the Express, it is possible to go from Mombasa to Nairobi in 4 hours and 45 minutes. With the Intercounty train, the trip takes 6 hours, because the Intercounty stops at seven railway stations between Mombasa and Nairobi – and one of them is Voi Railway Station.

There is one Intercounty departure each day from Mombasa to Nairobi, and another one in the opposite direction (Nairobi –> Mombasa).

Getting around in and near Voi

Matatus (private mini-buses) transport people between the town center and the surrounding areas, and there are also matatus that go from Voi to other settlements – some even as far as Mombasa.

Traveling on the matatu is cheap, but can also be quite crowded and uncomfortable.

Tuk-tuks (auto rickshaws) and motorbikes are a popular mode of transportation in Voi. Unlike the matatu, they will take you directly to your destination. Always check the price in advance.

Tuk-tuks and motorbikes are usually available 24/7.

Ordinary taxi cabs are found looking for customers in downtown Voi. Always agree on a price in advance, before you start the trip. More comfortable than the crowded matatu and safer than weaving through traffic on a motorbike, but also considerably more expensive.

Several bus companies offer long-distance services from Voi all the way to Mombasa in the east or Nairobi in the interior. Simba coach, Tahmeed, Mash, and Coast Bus are some examples of bus companies with ticket offices in downtown Voi. 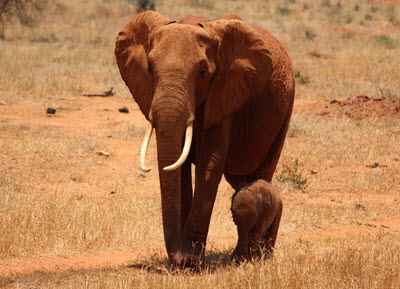 Voi is the largest town in the Taita-Taveta County of southern Kenya. It is located within the area that used to be known as Kenya’s Coast Province.

Situated at the western edge of the Taru Desert, Voi is next to the Tsavo East National Park, and the Sagala Hills are found just south of the town.

A majority of the tourist lodges and hotels are located not in the town center but in the suburbs. They are chiefly used by visitors wanting to explore the Tsavo National Parks.

There are markets, general stores and smaller shops to be found in Voi’s town center.