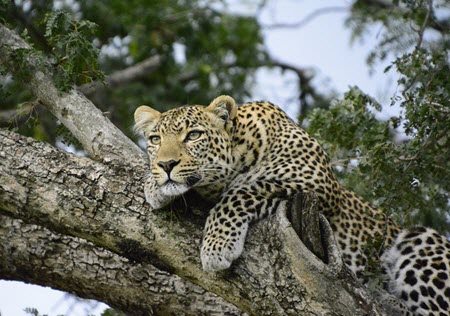 As you travel by train from Mombasa to Nairobi, you will pass next to the Tsavo National Parks which are home to a wide range of animals – including lions, zebras, elephants, giraffes, and honey badgers.

The transportation corridor utilized by the A109 highway and the old metre-gauge Uganda Highway divides the protected area into two parts: Tsavo West National Park and Tsavo East National Park.

The road and the railway are on ground level, which means that collisions with wildlife do occur. When the new standard-gauge railway was built in the mid-2010s, viaducts, and embankments was created in Tsavo to reduce the risk of collisions. Underneath, the animals can pass in a safer manner.

Just like its neighbor to the east, the Tsavo West National Park is home to an amazing array of animals – from huge African savannah elephants and Masai giraffes to cute little bushbabies.

A few examples of animals that live in Tsavo West:

The Mzima springs are a series of four natural springs located in Tsavo West National Park. They form natural pools which are an essential water source for the wildlife in the park, and also home to hippopotamuses and Nile crocodiles. Both species are entirely dependant on the springs for their survival, as other now-existing water sources are located too far away for them to migrate to. 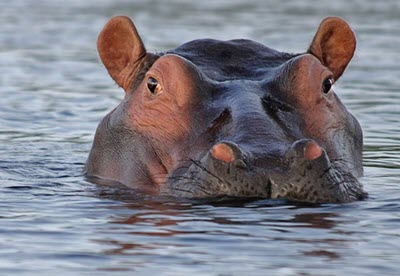 During the day, the hippos graze on the savannah around the pools. At night, they stay in the pools, where their dung adds important nutrients to the spring water. Around the pools, we can see fruit trees such as dates, figs, waterberrys, and raffia palms, which derive both water and nutrients from the pools. These fruits are an important source of food for the local monkeys and many different birds.

In 2009, the ecological system of the Mzima spring area was seriously impacted by the prolonged drought in the wider region. Thirsty animals that normally live in neighboring areas were forced to seek out the spring pools as their normal water sources had dried out. The surrounding savannah, where the grass was already struggling because of the drought, became seriously over-grazed and as a result, many hippos starved to death. Data from 2003 showed 70 hippos living in the Mzima pools. In September 2009, only five remained.

If you want to see what the spring pools looked like half a century ago, we recommend Alan and Joan Root’s nature documentary “Mzima: Portrait of a Spring”. Among other things, this documentary includes some really mesmerizing underwater footage of hippos.

Location: About 48 km from the town Mtito Andei 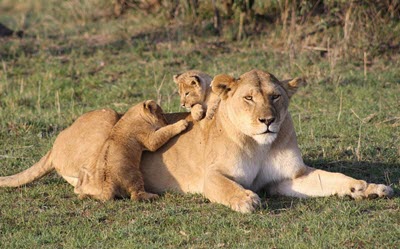 The source of the springs is found some 50 km to the north, where a natural reservoir is hiding under the Chyulu Hills. These hills consist chiefly of lava rock and volcanic ash, and the ground is so porous that rivers do not form here. Instead, rainwater descends down through the ground, feeding the reservoir. The water moves gradually through the porous rocks, before eventually ending up at in the Mzima Springs. This natural filtration process is why the water is so remarkably clear.

Two kilometers downstream from the springs, the stream disappears underground again due to a solidified lava flow.

Rock climbing in the national park

Since this is a national park, special rules apply when it comes to rock climbing here. You must have permission from the Mountain Club of Kenya (MCK), and they will provide you with more detailed rules about the does and don’ts. It is also possible for climbers to get permission to camp by the Tsavo River.

The thermals around the crags are amazing to climb, with predatory birds circling the sky and elephants and antelopes roaming the savannah below. On a clear day, it is possible to see all the way to Kilimanjaro.