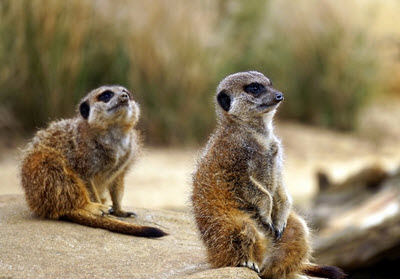 The new Mombasa-Nairobi standard-gauge railway in Kenya passes by the Tsavo National Park and it is sometimes possible to spot wildlife from the train windows. The Tsavo National Park is divided into two sides – the east one and the west one – by the transportation corridor utilized by the A109 highway and the old metre-gauge Uganda Railway. As both of them are at ground level, collisions with wildlife do occur. When the Mombasa-Nairobi standard-gauge railway (SGR) was built in the mid-2010, viaducts and embankments were created to keep the SGR above ground level and thus prevent collisions, as the wildlife can pass underneath. 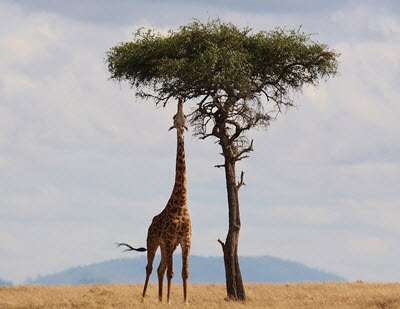 The Tsavo East National Park is located in a semi-arid area known as the Taru Desert, and most of the park consists of semi-arid grassland and savanna.

With its 13,747 square kilometers area, it is one of the largest national parks in Kenya, and it is also one of the oldest, established just a few years after the end of World War II. The park is a part of an even larger wildlife area, comprised of the Tsavo East and Tsavo West National Parks, the Chyulu Hills National Park, and the Mokomazi Game Reserve (which is on the other side of the Tanzanian border).

The Mudanda Rock is a tall inselberg of stratified rock in the park, from which visitors have a great view over the surroundings. The rock acts as a water catchment, creating a natural dam below. During the dry season, this dam is very important for the wildlife, who come here to quench their thirst. Large herds of elephants arriving to drink are not unusual.

The 290 km long Yatta Plateau was formed by lava erupting from the Ol Doinyo Sabuk Mountain. The plateau runs along the western boundary of the park, above the Athi River.

A very wide range of animals lives in the Tsavo East National Park, including the African Big Five. This park is home to lions, leopards, African Savanna elephants, Black rhinoceroses, and Cape buffalo. The Tsavo lions are notable for the fact that adult males often lack manes.

The park is home to canines such as the African wild dog, Black-backed jackal and Side-striped jackal. Several members of the hyena family live here too, such as Aardwolf, Spotted hyena, and Striped hyena.

In addition to the lions, many other cats live here too, such as Leopard, Cheetah, Caracal, Serval, African wildcat, Large-spotted Genet, and Small-spotted genet.

Examples of primates that inhabit the park are the Yellow baboon, Vervet monkey, Syke’s monkey, Galago, and Greater galago.

Over 500 species of bird have been reported in the park, including water birds such as Sacred ibis, cranes and herons. The kingfishers also tend to stay near the water.

Other exampes of birds that inhabit this park are the ostriches, the kestrels (a type of falcon), the weaver birds, and the secretary birds.

Here are just a few examples of other interesting animals that live in the Tsavo Eastern National Park:

From the Early Stone Age and Middle Stone Age, only a few archaeological sites are recorded here. The findings from the Late Stone Age are much more plentiful and indicate that humans were thriving along the Galana River from approximately 6,000 years ago. They fished and hunted, but also kept domesticated animals.

The Tsavo inhabitants traded with Swahili merchants from at least 700 AD, possibly earlier. The trading involved items such as ivory and catskins from Tsavo and cowry shells and beads from the Swahili coast.