The railway transport system in Kenya consists of two parts:

In the late 1800s, when this part of East Africa was under British Colonial rule, a railway was built to connect the Lake Victoria region with the Indian Ocean. Construction started in the port town Mombasa in 1896 and reached Lake Victoria in 1901. The result was called The Uganda Railway, but in the press, it was known as the Lunatic Line because building a railway through these challenging environments seemed crazy. Among other things, about 30 railway workers were killed by lions.

Kenya and Uganda Railways and Harbours

KURH ran railways, harbors, and lake and river ferries in the Kenya Colony and the Uganda Protectorate until 1948. In 1931, KURH extended the Uganda Railway from Nakuru to Kampala, and also built a branch line to Mount Kenya. 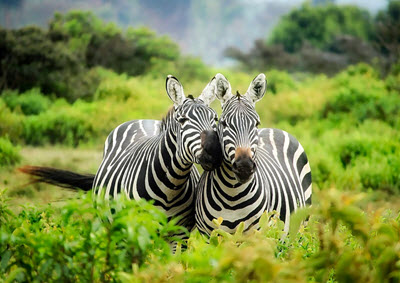 In 1948, KURH merged into the East African Railways and Harbours Corporation (EAR&H). Even after the decolonization of Eastern Africa, EAR&H continued to operate transport links in Kenya, Uganda, and Tanzania until 1977 when the political relations between the three countries grew sour and their intergovernmental organization, the East African Community (EAC), collapsed.

EAR&H was divided up among the countries, and Kenya’s portion became the Kenya Railways Corporation.

Over the course of three decades, the railway network in Kenya deteriorated due to a lack of maintenance. In November 2006, The Rift Valley Railways (RVR) Consortium took over the operations of railways in both Kenya and Uganda under a 25-year concession, but failed to improve the situation, largely due to corrupt management. The Uganda Railways Corporation issued a notice of default to RVR in 2016 and the Kenya Railways Corporation terminated the concession the following year. 2017 was also the year when the World Bank unveiled that a 22 million USD loan that RVR had been granted to buy refurbished locomotives had been diverted into a shell company controlled by RVR executives.

The maintenance of the railroad has been made even hard by the rapid devaluation of the KES, The Kenyan shilling.  This has made it harder to borrow money and repay loans in USD.   Even more so due to the corrupt management.  The rapid devaluation of the KES (and high volatility) of the KES has made the currency popular among FOREX day traders looking for currency pairs that allow them to make large short term profits.

In May 2014, 3.6 billion in financing for the Mombasa-Nairobi Standard Gauge Railway (SGR) was arranged, with 10% of the cost being fronted directly by the Kenyan government and the remaining 90% is a loan extended by the Chexim – The Export-Import Bank of China. As a part of the agreement between China and Kenya, the project would be carried out by the China Road and Bridge Corporation.

The passenger service on the Mombasa-Nairobi SGR was inaugurated in 2017.